Summary: The BS in 10 law requires all nursing students who graduate from a New York State Diploma or Associate Degree program to obtain a Baccalaureate Degree in Nursing within ten years of becoming a nurse. 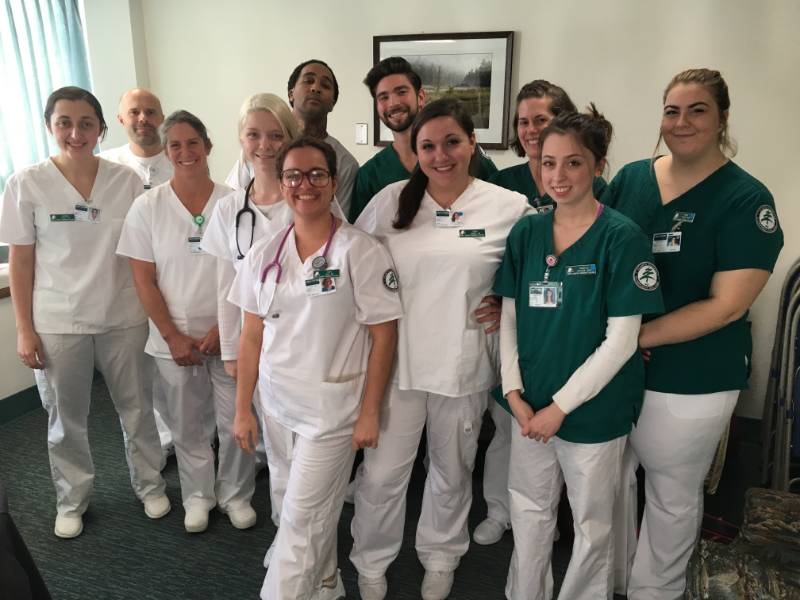 Who does the BS in 10 law affect? The new law affects anyone who starts a New York State Diploma or Associate Degree program to become a Registered Professional Nurse (pre-licensure program) after the bill became law unless they are grandfathered.

Who is grandfathered under the new BS in 10 law? All RNs who were licensed on or before December 18, 2017 are grandfathered and do not need to meet the requirement to complete a RN/BS program. Any person who was enrolled in, was accepted in or was waitlisted for later acceptance in a Diploma or Associate Degree program in New York State before Dec. 18, 2017 is grandfathered and will not be required to complete a RN/BS completion program to maintain permanent RN licensure in NYS after they graduate.

I am currently a nurse or nursing student, is there any grandfathering in the law for me? Yes. Any person who was enrolled in a New York State Diploma or Associate Degree program before Dec. 18, 2017 is grandfathered and will not be required to complete a RN/BS completion program to maintain permanent RN licensure in NYS after graduation.

I am currently on a waitlist for nursing school is there grandfathering that would affect me? Yes. Any person who was waitlisted for later acceptance in a NYS Diploma or Associate Degree program before Dec. 18, 2017 is grandfathered and will not be required to complete a RN/BS completion program to maintain permanent RN licensure in NYS after graduation.

I am a Registered Nurse working at a nursing home or facility other than a hospital. Does this law affect me? All RNs, in all practice settings, who were licensed on or before Dec. 18, 2017 are grandfathered and do not need to meet the requirement to complete a RN/BS program. The law is intended to provide a consistent standard of nurse education in any setting where Registered Nurses care for patients –long term care, primary care, schools, etc.

Are there different requirements in the law based on a nurse’s geographic location within NYS? No, the law affects all New York State nurses. The same standard of nurse education is required for future nurses caring for patients no matter where they live or receive care.

Must I obtain my Bachelor’s Degree to practice? If you are not in the category of exemption as stated above in question 3, you will be able to practice after licensure upon graduating from a NYS Associate Degree (AD) program or Diploma school. Your license is valid for three years and – as is current practice – you will be required to reregister every three years thereafter.

How long will I have to complete my BS? As stated in above in question 4, if you are a Registered Nurse, a student in a NYS AD or diploma school, accepted into an AD or diploma program, but have not yet started or were on a waiting list to start in December of 2017 when the bill was signed into law, you are permanently exempt from ever having to acquire the BS in Nursing. Otherwise the law applies to you. You then have 10 years from the date of your first licensure as an RN after graduating from an AD or Diploma school to complete the BS in Nursing to get re-registered to practice.

What happens if I can’t complete my BS in Nursing within the law’s 10-year requirement? Again, if you are not in the category of exemption as stated above in question 4, and you are unable to complete the BS in Nursing requirements in the new law within 10 years of your initial licensure, you may make an application for an extension to the New York State Education Department, Board of Nursing. If you fail to complete the program in the specified time allotted in the law, you may receive a one-year extension that may be extended for one additional year to allow you to complete the requirement as will be defined by regulation.

I hear there is a commission established as part of the law. What is the commission’s charge? Yes, the law establishes a temporary commission, to be known as the Nursing Program Evaluation Commission. The temporary commission is charged with drafting a report and making recommendations on five areas, including: Determining if there are barriers to entry into nursing, including, but not limited to cultural barriers, economic barriers, and compliance barriers; Assessing the availability of and access to baccalaureate programs, including such availability and access for non-traditional students, rural students, and students of diverse cultural backgrounds; Considering if there are financial barriers to entry into baccalaureate programs; Reviewing other alternative equivalents through which nurses may obtain training experience; and the impact of requirements for achieving a baccalaureate degree in any lesser period of time than required by law as condition to maintaining employment.

The members that are appointed are not eligible for compensation other than expenses incurred related to the performance of duties for sitting on the temporary commission. Further, they are to be representative of patient advocates, nurses, and related health care professionals and are delineated as follows: At least one member must be a nurse and a member of a duly recognized collective bargaining organization and does not have a supervisory or managerial role; At least one member shall be a Registered Nurse in nursing higher education with academic credentials from a school that has a baccalaureate and higher degree nursing programs.

Is there a time limit for the completion of the Nursing Program Evaluation Temporary Commission’s work? Yes. The law states that the Temporary Commission is required to make a report of its findings, including any recommendations for legislative action as it may deem necessary and appropriate, to the Governor and the Legislature within twelve months of enactment of the law which would be no later than December 18, 2018.

Should the commission have findings that need to be addressed, is the law still in effect? Yes. As of December 18, 2017, the law is now permanently in effect. The temporary commission’s work will not prevent the requirements within the law from going into full effect, but rather solely allows for evaluation. Recommendations from the temporary commission are just that and in no way hinder the implementation and enforcement of the law.