Award-Winning Short Film Under the Husk to be Screened Sept. 24 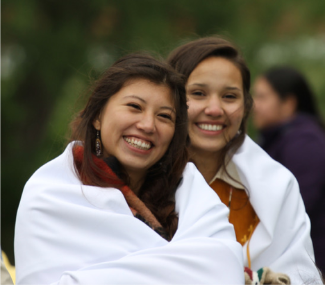 Ohero:Kon (Under the Husk) is a 26-min documentary following the journey of two Mohawk girls as they take part in their traditional passage rites to become Mohawk Women. Kaienkwinehtha and Kasennakohe are childhood friends from traditional families living in the Mohawk Community of Akwesasne. They both take part in a four-year adolescent passage rites ceremony called Oheró:kon “Under the Husk” that has been revived in their community. This ceremony challenges them spiritually, mentally, emotionally and physically. It shapes the women they become.

The film will be available to watch online from September 20-25. There will be a conversation with Katsitsionni and one of the young women in the film immediately following the Sept. 24 screening at approximately 8 p.m. 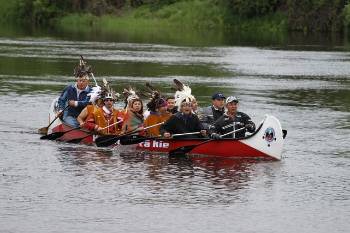 Under the Husk was a PBS Broadcast in November 2018. It won awards at the imaginNATIVE Film Festival, LA Skins Fest, the Chicago International Children’s Film Festival and Best Documentary at the Red Nation Film Festival. Katsitsionni Fox’s latest film, Without a Whisper, debuted at the Woods Hole Film Festival 2020.

For more information on the film, and to view a trailer, visit underthehuskfilm.com. The screening is free of charge, but voluntary donations can be made to the Akwesasne Freedom School: paypal.me/foafs. For more information: contact Jerilea Zempel, jerizempel@gmail.com.

This special film screening will kick off a series of North Country Live: Fall Series programs, hosted by the college, that will focus on the history, traditions, and challenges faced by Indigenous Peoples. For more information on the Fall Series presentations, visit www.nccc.edu/live.