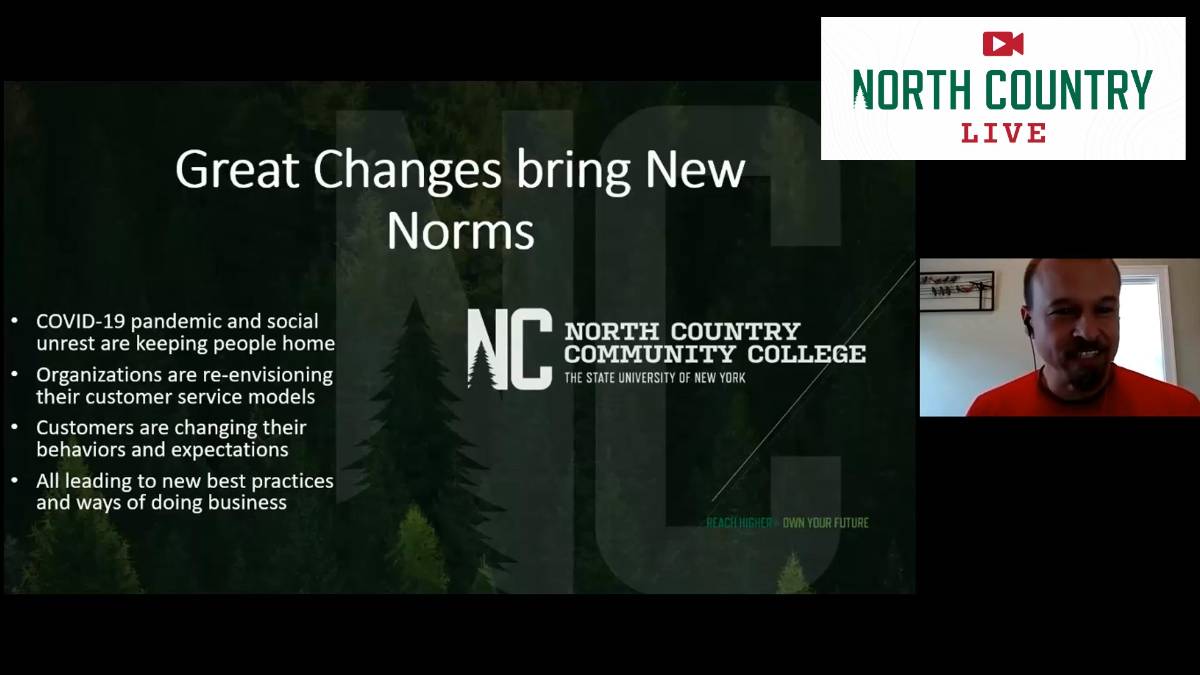 Wellness and resiliency. Stress management. Personal finance. Adirondack history.
Those are just a few of the topics covered as part of a free series of online webinars North Country Community College is offering to the public in the summer of 2020.

North Country Live: Summer Series will be held via Zoom every Thursday at 7 p.m.

The presentations are free, although registration is required so invitation details can be sent to participants.

8/6: Peter Nelson - The story of Timbuctoo: Black voting rights in the Adirondacks, 7 p.m.

"In the 1840's the North Elba region in the Adirondacks was the location of a grand effort to establish voting right for free blacks, who by law had to own property in order to participate in elections. The story of Timbuctoo begins with massive collection of land grants to black families, a handful of whom carved out small farming communities in the Adirondacks and earned the power to vote. Their legacy is a cornerstone of Adirondack history and a milestone in the effort of black Americans to become full citizens in their own country."

John Brown’s 59 years on earth were marked by struggle, failure, and heartbreak. Throughout his life, however, one constant remained: a festering hatred for the institution of slavery. This lecture explores Brown’s incredible life, which ultimately led to his emergence as a violent abolitionist crusader.

8/20: Tom McGrath - Hanging from the Beam: Harpers Ferry and the Execution of John Brown, 7 p.m.

By 1859 John Brown was convinced that extreme measures must be taken to abolish slavery. This lecture follows Brown’s failed attempt to start a slave insurrection at Harpers Ferry, Virginia, his trial, and public execution. We will then follow Brown’s body through the Adirondacks to his final resting place in North Elba.

“The history of life and work in the Adirondacks is much more racially and culturally diverse than people realize. But while this history has been neglected and mostly forgotten, its imprint lives on in place names found throughout the Park. Come learn the fascinating stories of some of the names we see in the region and the people whose presence and labors defined them.”

The presentations are free, although registration is required so invitation details can be sent to participants.

Interested in a virtual Kids College Series for your child?

#NorthCountryLive is considering developing a series of free webinars led by NCCC faculty and staff on a variety of topics. Do you think you or your child would be interested? Let us know by completing a brief survey.

If you have a question about North Country Live: Summer Series, contact Selina LeMay-Klippel, the college’s coordinator of career and technical education programs and curriculum development.

The Story of Timbuctoo: Black Voting Rights in the Adirondacks

Telecommuting in our New Virtual World

Negotiating Your Salary and Benefits

Resilience in a Time of Crisis